On August 26, 2022, Ken McMillan is retiring after 41 years and 3 months of dedication and service to UMD. 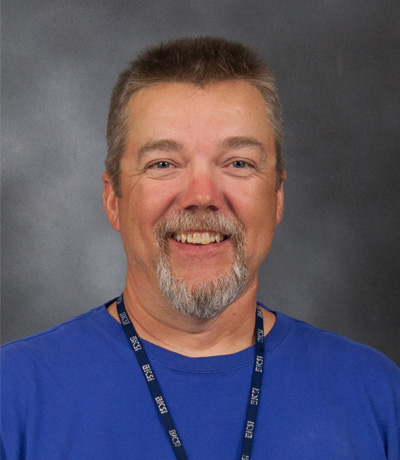 We would like to thank Ken for his many years of service and congratulate him on is retirement.

The University of Minnesota owes a debt of gratitude to Ken for his outstanding contributions and willingness to serve in any capacity.

We truly appreciate Ken's years of service and wish him the best in his retirement. A reception will be held:

Timeline of Ken's Career at UMD

Perusing Ken's personnel file is a journey back to a time when your social security number was your employee ID number, typewriters were used to complete forms, and letterheads are unrecognizable from today's.

Ken began his IT journey on June 1, 1981 as a Data Processing Technician for the UMD Computer Center. It would eventually become Information Technology Systems and Services (ITSS). His duties simply stated:

"Operate and supervise operations of the Cyber 171 computer" (pictured below).

A lot has changed since 1981 obviously. 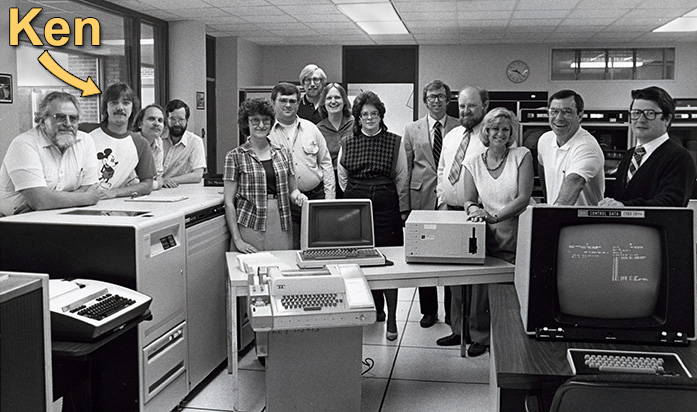 Ken was promoted to Senior Data Processing Technician in 1983.

By 1986, UMD had 4 computer systems on campus and Ken was promoted to Principal Data Processing Technician. His duties started to include things such as:

By 1991, Ken was the night shift supervisor of 7 computer labs and 9 students and being nominated for Outstanding Service Awards. Back then, you had to have supporting nominations from many sources and there was no lack of input, especially from those he worked closely with from the Archaeometry Laboratory.

By 1992, Ken had moved into Networking and was reclassified to Principal Communications Support Specialist. Soon after, Telephone Services was moved from Facilities Management (then called Plant Services) to the new Information Services department. Ken added telephone installation and repair to his resume. We fondly remember Ken during the days of AppleTalk networks, using a 2-inch hole saw to cut openings in office walls to run network wiring. He has crawled through the bowels of campus pulling the original coax network and worked in places we affectionately call "The Snake Pit" and "The Sauna". And speaking of snakes, he's deathly afraid of them, so ask him about the time a python got loose on campus if you get a chance.

In 1994 Information Services adopted Total Quality Management (TQM) practices and Ken helped advocate for it by taking part in events such as the Library's Panel Discussion on TQM which received positive feedback from Library staff and their Director.

Ken is a lifelong learner and took advantage of the Regent Scholarship program until receiving his degree in 1997. He also became UMD's subject matter expert on fiber optic splicing, termination, and testing.

2000s: IT Professional and Team Leader

In 2000, the newly created Job Families made Ken a Senior Information Technology Professional.

By 2005, Ken was the Network Team Leader and was again nominated for an Outstanding Service Award. It's in this documentation that you start to recognize the Ken we know and love today.

"Research and development for Cat5 and 6 jack technologies"

During the Pandemic: On Campus Working Tirelessly

During the COVID Pandemic, Ken was one of the ITSS staff who worked tirelessly, on campus, 5 days a week.

During that time he advocated for accelerating plans to install the new campus fiber optic backbone, helping insure that the new fiber ring was installed in days rather than the months calculated pre-pandemic.

Ken will retire as an IT Pro 2 - Multi-discipline and the campus subject matter expert on:

His legacy lies in the tremendous growth of UMD during his career, helping design and construct the IT infrastructure for 12 new buildings from 1995 to 2010 and countless other remodeling and IT projects on campus, or the off-campus sites ITSS provides services to such as Cloquet Forestry Center, Glensheen, and NRRI-Coleraine. 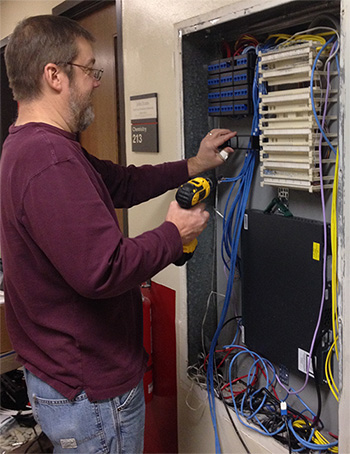 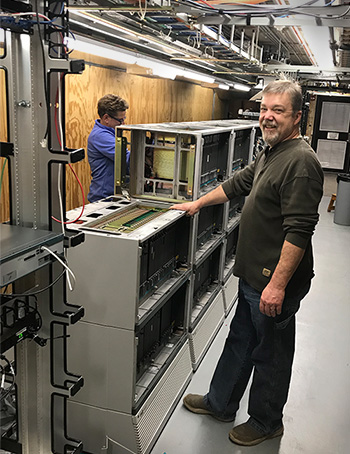